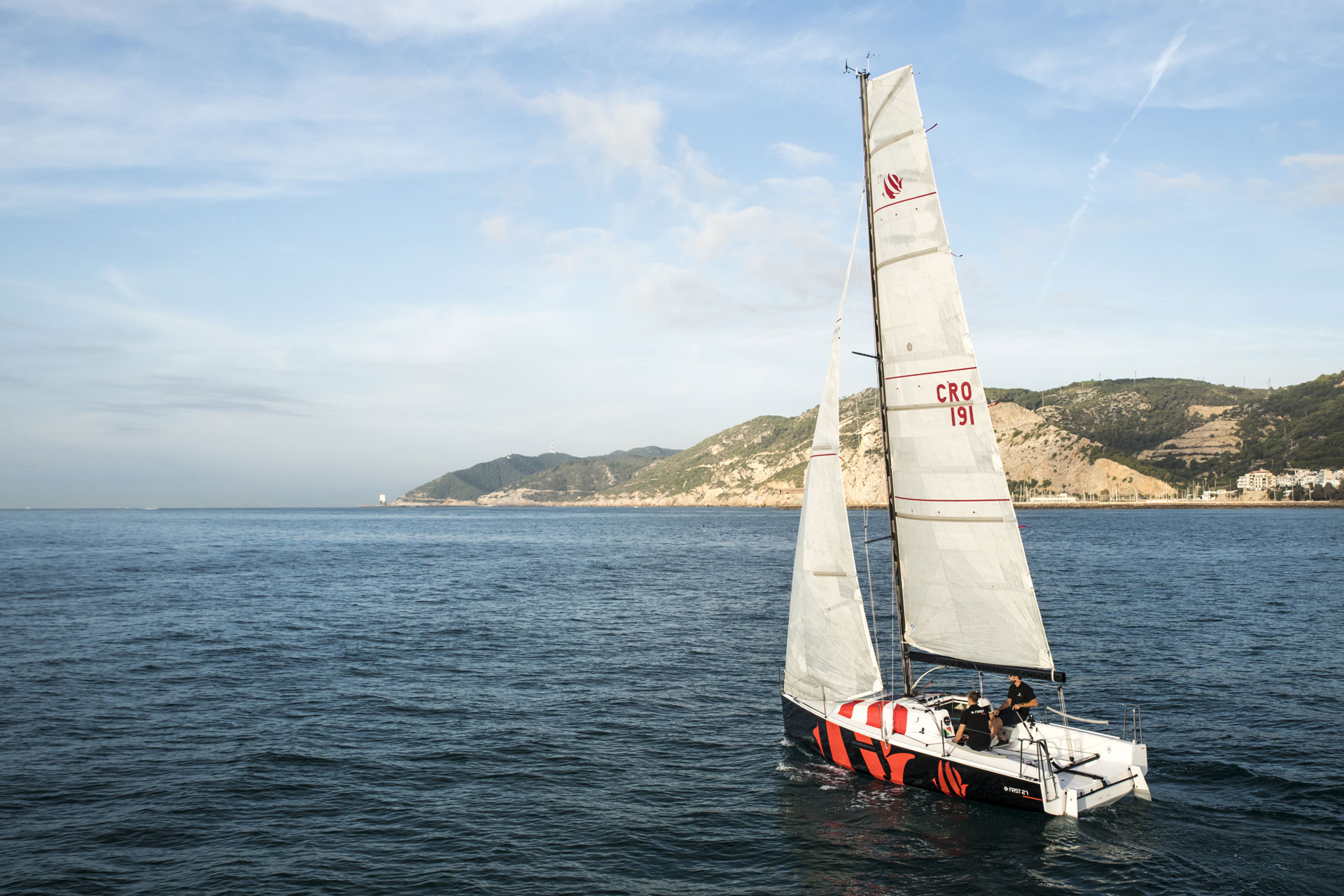 Read More
Anyone who considers himself a yacht enthusiast is definitely aware of the Beneteau brand. This French company commands a significant worldwide market share in sailing yachts and motorboats, especially in the markets of the United States, the United Kingdom and France and is best known for the iconic Oceanis and First models.

Benjamin Beneteau was the very first Beneteau member who dreamt about building boats and created the family’s first boatyard in Croix de Vie (France) in the distant 1884. Back in the day, boats didn’t have any engine, just sails and they were mainly used for fishing purposes of course. They were judged solely on their speed, that was the key performance metric for evaluating them and it had a simple logic behind it: The one who catches the more fish and returns to the harbour first gets the better price. This led Benjamin to a never-ending search for performance. He would design the very first fishing boat with an engine in the whole region, despite the fact that there were no customers and the local community and authorities had a negative attitude. This mindset is part of the DNA of the company: The continuous search for speed, performance and quality, no matter what the cost is.

The creation of a sailing yachts industry

The years passed by and the boatyard continued its operations, passing from generation to generation. Building fishing boats with motor engines was the main business of the yard between 1928 and 1965. Fishermen had still the same needs: Speed and low cost, that was it. The Beneteau family continued to serve those objectives with passion until the demand for fishing boats decreased substantially due to the decline of the fishing trade.

Through ups and downs, the company tried to reinvent itself at the 1965 Paris boat show. The next 7 years would be dedicated to investments in new products and the testing of new ideas. In 1973, Beneteau focused on a new project: Recreational fishing boats. Fishing was not just a trade, it has become a pleasant hobby and boats needed to serve different needs now. Fishing boats had to increase in size and thus in comfort.

As years went by a new generation of customers appeared that was after something more than fishing. They wanted to sail faster and further. They sought an adventure. Beneteau did what it does best and adapted once again, focusing now on a new project. The company started developing its first high-performing sailing yacht. The name of that yacht was First and it was a complete revelation at the 1976 Paris boat show. It gradually became a class on its own and until today it is considered an iconic sailing yacht.

Beneteau kept growing in size and innovation. In 1987 it was the year for another signature Beneteau sailing yacht and that was no other than Oceanis. Oceanis was (and still is) a game-changer in its category and has known huge success. Fast forward in 2019, the range has 7 different models, each one designed to serve a different need or taste.

In 1995, Beneteau proceeded with the huge buyout of Jeanneau and its subsidiary Lagoon. Jeanneau was Beneteau’s biggest competitor in France and with that move, new opportunities and challenges emerged for the company. Beneteau was now in the catamaran game, a new vast market. 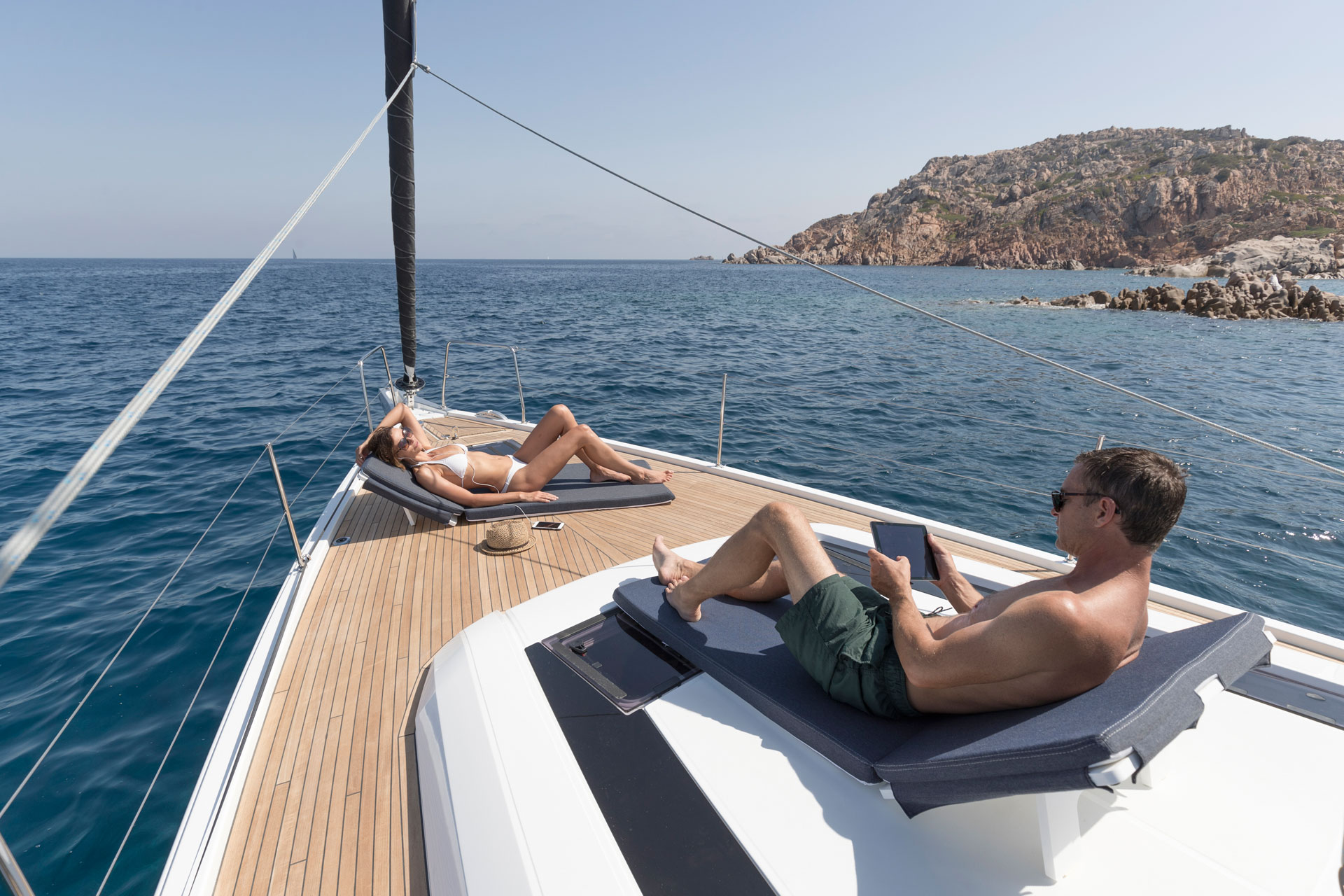 “Being one step ahead” is the best description for Beneteau. Through continuous improvements, investments and the implementation of new ideas, Beneteau challenges itself and the whole market.

The innovations applied are probably only a fraction of what the company has been engaged with. Beneteau invests in new technologies, in the environment (by reducing the ecological footprint of their boats and with “cleaner” procedures in production) and in new architectural designs. Only the fact that Oceanis 46.1 won the “2019 European Yacht of the Year” award speaks volumes for the position of Beneteau amongst the world’s leading yacht companies.

Buying a sailing yacht is a lifetime investment. Choosing Beneteau for that will offer you safety and peace of mind. Vernicos Yachts is proud to be an official dealer of Beneteau sailing yachts in Greece and we will be happy to help you choose the one that best suits your needs.