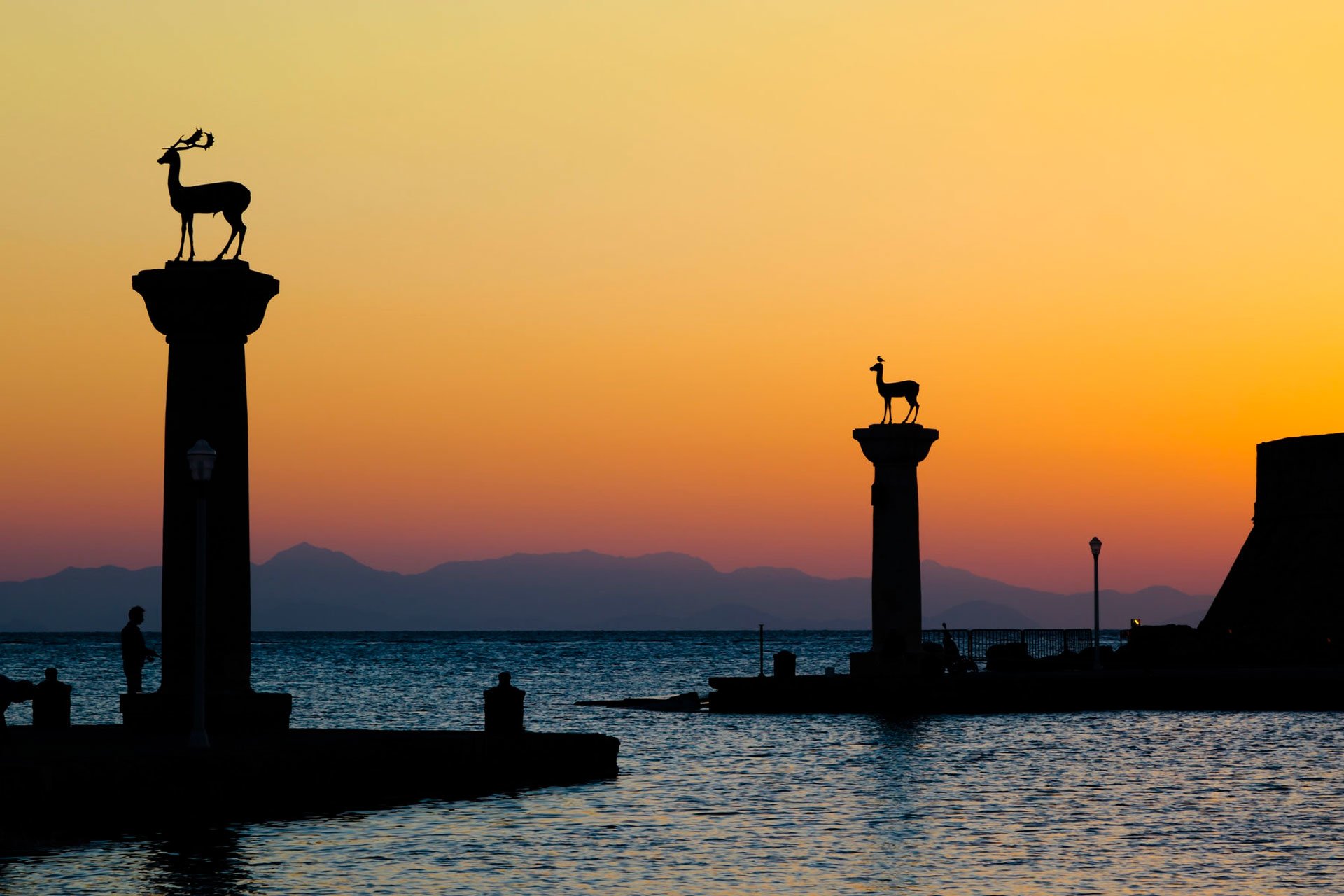 Do you know the best Rhodes excursions?

Read More
Rhodes is not only the largest island of the Dodecanese; it is also the most famous one and attracts thousands of tourists every year. With more than 40 magnificent beaches, a pleasant landscape with lush greenery and a rich and varied history, this popularity comes as no surprise. Discovering this wonderful island is relatively easy. Depending on the time you have here, there are some Rhodes excursions that you should not miss.

In the north, you will find Rhodes town, the capital of the island, main port and home of the enchanting Old Town. The main attraction on the eastern coast is lovely Lindos – a village with whitewashed houses cascading a slope with a fortress sitting on the top of the hill. As you move to the south or inland you will leave the crowds behind you and be ready to explore the sensational beaches of the eastern coast. The western coast is more vulnerable to the fierce winds of the Aegean Sea and has a rougher character.

If you only have time for one of the Rhodes excursions…

As you approach the port by yacht, you will face the sight of the massive Old Town walls. There are actually three cities co-existing on the same site – ancient, medieval and modern. There are few ancient ruins reminding of the glorious ancient past – the ruins of the temples of Zeus, Athena Poliados and Apollo, the Stadium, the Gymnasium and the Theatre. The medieval city is surrounded by the high walls erected by the Knights of the Order of St. John. The modern city is a flourishing community with hotels and shops and a rather cosmopolitan character

The period Rhodes was occupied by the Order of the Knights was quite long – 213 whole years – but also quite prosperous. They made an imposing mark on the island and particularly the town. Upon entering the walls of the Old Town, you enter one of the best preserved UNESCO world heritage sites. Your first priority is to pay a visit to the Palace of the Grand Masters, at the highest point of the Castle. Here was the administrative centre of the Knights’ era.

Take a walk around the cobblestone alleyways and marvel at the mix of elaborate buildings like public baths, palaces, forts and gates. Woven throughout are Greek Orthodox churches and monasteries, mosques, and synagogues. By walking the city, you will experience its history’s transition from an important Hellenistic city, to a Greek Byzantine centre, to a Knights’ and Ottoman conquest, to the Italian occupation and to present modern times. 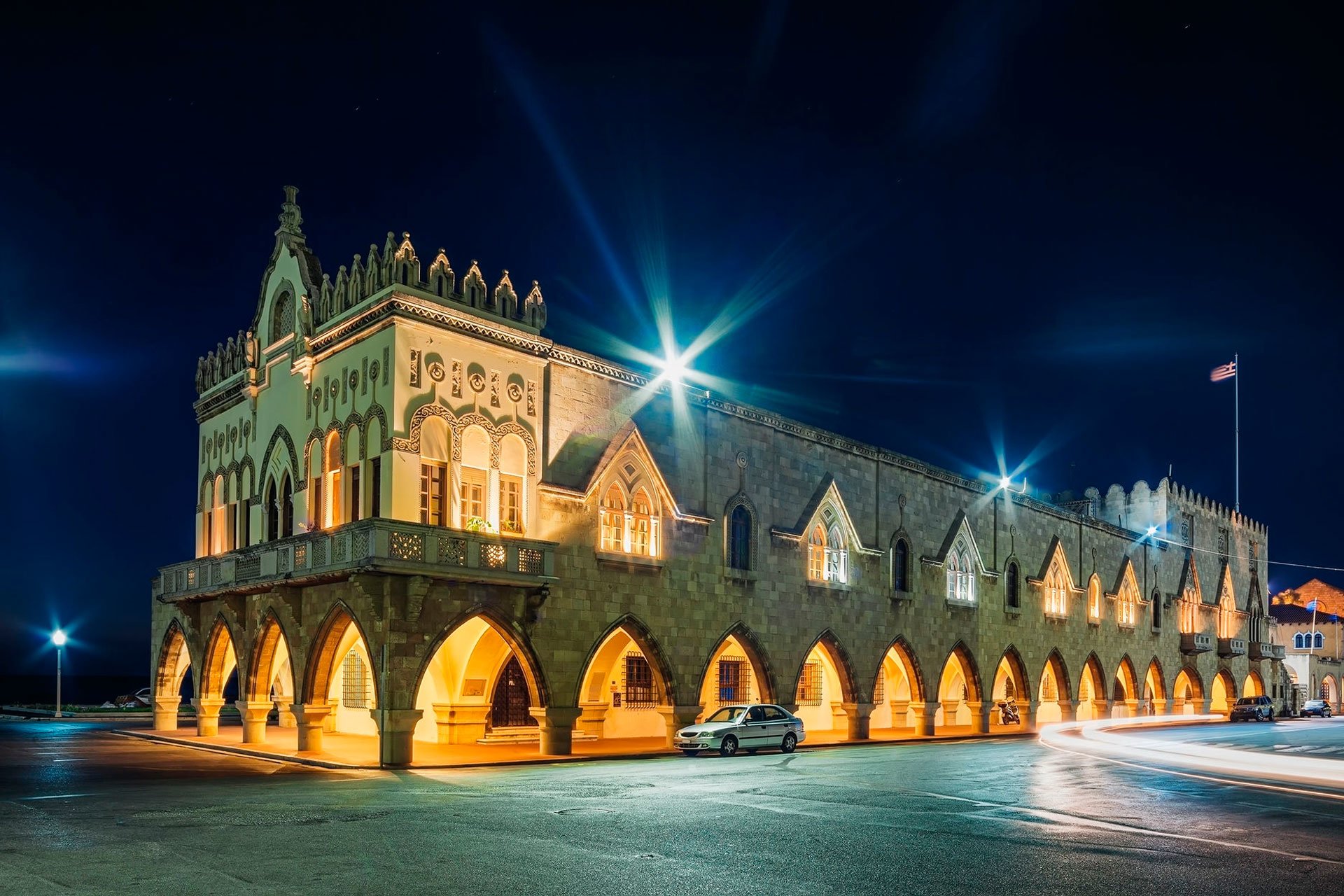 If you have time for one more…

Visit Lindos, Rhodes’ second town, located on a promontory high over the sea. A fortified acropolis crowns the town, that is classified as a preserved archaeological site. Do not miss the opportunity to go up to the ancient citadel riding one the many donkeys that make the trip hundreds of times during the day. Make your visit either very early in the morning or late in the afternoon. Not only do you have the chance to be wandering without many crowds around you, but also the light of these hours make the panoramic views incredible.

Once you are in Lindos, you must take a dip in one of the three beautiful beaches around it. Crystal clear waters and a majestic view of the town. You could not ask for anything more!

If you have more time, there are so many things you can do on Rhodes. Make an excursion to the Valley of the Butterflies to admire the butterflies that live in the valley during summer. Visit the bay of Kallithea with its famous healing waters and the amazing Thermal Spa Insititution. Take a short trip to Kamiros to admire the ruins of an important city of the Hellenistic era or Filerimos mountain to take in a spectacular view of the Aegean Sea standing where once stood the Acropolis of the ancient city of Ialyssos.

And of course take your pick among the over 40 beaches for swimming and relaxing under the Greek sun!

There are three places where you can moor your yacht in Rhodes. Both are located in the town of Rhodes. There is Mandraki harbour, that features a tower with a bronze deer on top on both sides of its entrance. The deer is the symbol of Rhodes. A good shelter but very crowded year round. Your other option is the newly built Rhodes Marina that started operations in 2015.

Visit Rhodes when you have some time to spare. We assure you; you will not regret it!